Leftereis Kalabakas aka Lee Burton is part of the new wave loop-based contingency of producers. And for the diehards out there, they get it right 99 percent of the time. $50 2-side EPs on Discogs are quite the norm. Tasteful yet groovy, the sound is typified by its ease of mixing in and out of practically any track. Part of the fabric, Sakro’s ‘No Time to Explain‘ was a bomb when it came out. Lee Burton has certainly fanned the flames of such sound with his cracking releases on John Dimas’ Elephant Moon and Dorian Paic’s revered raum..musik. Things weren’t always like that for the Greek producer, being first a guitarist and bassist for progressive rock and jazz-rock fusion groups. His debut LP, ‘Busy Days for Fools‘, was a rock/house/experimental mash-up where his musicianship truly shone. Matthew Dear and Bob Moses would approve. Such meticulous craftsmanship can be heard on his naughty downtempo track, ‘NDN’.

‘NDN’ featured on the 2017 ‘Various Artist’ EP that was released by DisDat, a New York based label owned by Elon Admony. Drawing experience from being an instructor at SAE Institute, Burton’s track is a masterclass at making so many elements sound so nominal. Speaking with Clubber Greece, Kalabakas claims his must-have machine has to be the Roland Juno 106. ‘It was the first analog synth I took since 2008 and I think I’ve used it I think it what I’ve written ever since’ he tells the magazine. That Roland minor synth line is heard from the start with a minor keyline oozing opulent class. This is music primed for The Ritz as much as a Williamsburg’s pop up bars. As a breakbeat drum pattern adds swing, tumbling triangle percussions provide that nighttime feel. This track is a funk lover’s delight. There is a G-Funk element to the bass, with real playfulness in its intent. The end result is very reminiscent to one of our other tracks we loved, The Abstract Eye’s ‘Nobody Else‘. Stringed synths overlay, whilst additional alien sounds thrown into the mix add to the after-hours sound.

Lee Burton has truly found his sound with feel good-bangers such as ‘15 30 (The Jam)‘ and the heady-tripper ‘W.S.Y.A’. Despite this, we would certainly not get in his way if he wished to release an LP of downtempo bangers equal in quality to ‘NDN’.

Retrofuturism is used to define “the use of a style or aesthetic considered futuristic in an earlier era“. Artists such as Bruce McCall, Frank R. Paul and John Harris painted their visions of the new world. At times, the concept is used for stylistic vision found in Hollywood narratives. The film industry has produced movies like ‘Metropolis‘, ‘Brazil‘ and Stanley Kubrick’s ‘2001: A Space Odyssey‘, each offering their interpretation of the future. A sci-fi environment, of course, needs its own soundtrack. Progressive, psychedelic rock bands such as Pink Floyd formed space-age worlds full of anachronisms. Pioneering Jazz musicians such as Herbie Hancock propagated the branch of Afrofuturism. His 1975 album titled ‘Flood‘ features an album cover featuring an African-American astronaut. Yet none of the music genres come close to fitting as well as the electronic genre. The futurist world of technology gave birth to its soundscapes. Kraftwerk’s album Radio-Activity is an artefact in this respect. Forty years down the line, faint echoes of its phantasm can be traced in modern releases. Judging by his tracks Thomas Clarke, also known as MR TC, is a cum laude student of the German collective. ‘Golden Gate’, his release on Jennifer Cardini’s Correspondant 06 Compilation. The LP combines “palpitating ambience [with] chuggernaut technoid trips“. It is this year’s time travel back to 1970s Düsseldorf.

The track begins with drum instrumentation best described as downtempo Carl A. Finlow. The underscoring arpeggio moves along in an ascending order. Its analogue sound comes close to matching the 1980s soundtracks of Halloween 3 or Videodrome. The lackadaisical tempo gives of a sense of banality. One can imagine a scene of a lonesome robot carrying out its duties on an abandoned starship galaxies far away. All the while random spurts of ray gun and machinery samples lurk in the background. Then enters the liquid sine bells, accompanied by echo and reverb. The nautical sound feels almost doleful, contrasting with the dispassionate laser stabs. The dichotomy between emotion and enginery is united by the kick. The question, however, arises whether this kick belongs to the beating of the heart or the motor of the machine. This concept of man vs. machine was explored by labels such as Dubfire’s SCI+TEC. Using presets that intentionally sound nostalgic, MR TC creates an exhibition of retrofuturist aesthetic that is captivating. END_OF_DOCUMENT_TOKEN_TO_BE_REPLACED

When Tale Of Us dropped their debut 2017 LP, Endless, it wasn’t what the public had come to expect. Resident Advisor claimed it contained ‘meandering music that tries desperately to tug at your heartstrings, but never quite gets a good enough grip’. Released on Deutsche Grammophon, a classical label starting in 1898 that has also released Moritz Von Oswald and Carl Craig’s classical reshapes of their electronic tracks, Tale of Us’ was a first fully original electronic release. Whatever your thoughts on it was, you can’t fault the effort of the duo trying something more beatless. Dropping on the remix LP, featuring remixes Rødhåd, Scuba, Sebastian Mullart plus other Afterlife label mates, Kettenkarussell x Tale of Us was a match made in heaven. Their brand of quaint, mystical house you can normally find in Giegling‘s roster that has included Edward, Dwig & Traumprinz, leaks its way on ‘Alla Sera’ to provide a sanctum for deep contemplation.

We first heard Kettenkarussell, a duo consisting of Herr Koreander & Leafar Legov, in 2010 on a Little White Earbuds podcast. They describe their music being ‘so easy to develop tunnelvision listening to their calming, organic style of hypnotism — maybe a bit like ‘witnessing the scenery shifts on a lengthy train journey atop that constant click-clack’. This hypnotism is found from the off, with the moody classical piano line, enveloping the ears with gravitas. It adds a nonchalant aura than to the originals as-hoc sullen, morose nature. Soundscapes pan across the track, with a nimble version of the IDM style bass found on Plastikman’s Closer LP. Hats latter across the top, quiet enough to give the other bleeps, thunder strikes and tiger screeches time to add to the abstract nature. The brooding pulsations before the breakdown truly makes this a homelisteners delight. Letting the piano do the talking again, in a minor harmonic. The track then takes a deep dive into the abyss of the mind, as the swirling, ghostly pads create a parabola around this magical world. END_OF_DOCUMENT_TOKEN_TO_BE_REPLACED

Gemini – We Are The Future

The 90s was great a great decade for breaks. Normally reserved for fast-paced DnB or HipHop cuts, it inevitably it made it’s way into House. Gemini’s ‘We Are The Future’ released in 1999 showcases superbly how Breaks x House can complement each other. Chiwax, one of the phenomenon Rawax’s sister label did well to rerelease this. It’s a downtempo affair that certainly brings about hints of the Nu Jazz of Jazzanova inclusive of Acid Jazz elements. The looped drums sound like live instrumentation opening up the scope for listeners of neighbouring genres.

Pitched down, the drums are really brought to the fore of the track. They’re hit with conviction and nous of a skilled jazz musician. The same drum sample, albeit drenched with more reverb than a Patrick Topping set, was also used by Ron Trent’s USG project. Bass plods away sounding like a double-bass being slapped live. It brings an incredible funk sounding straight from an Erykah Badu Neo Soul cut. Single note chords enter the fray, before a sketchingly echoing like a car hitting the handbreak giving an off-the-wall feel. Stringed samples which Kanye West may use guide the track in a warm direction are used with care. Harmonized female vocals sing ‘We are the future’ imploring one to look ahead, rather than back, just as this track is forward-thinking. END_OF_DOCUMENT_TOKEN_TO_BE_REPLACED

Madrid-hailed Miguel Barrios possesses a rare singer-producer combo that has enriched both sides of the coin. Working under his Pional moniker, he has spent the last decade featuring on a number of respectable underground labels. Most recognised from his fellow Spaniard John Talabot’s ‘Destiny‘ track, his vocals hold an empyrean quality that would grace the lead of an indie band. The chameleon-like approach to production, likely owed to his multi-instrumentalism, ensures his production is forever on a mission to reinvent itself.

Young Turks associate’s latest release ‘XME’ is his first on Phonica Records, a label that holds a special place in our hearts. Displaying his signature sound that fuses morose with rhythm, its comes as A1 track of the EP. In the spirit of releases from his fellow Hivern Discs compatriots, tracks from Pional tend to brandish drum patterns that sound greatly agrestic. The tribal drum used in substitute of a snare on the track gives it a verve that feels Mother Natured. Warping, low cutoff bassline cambers in rhythm, giving guidance to the synthlines that dazzle the show. END_OF_DOCUMENT_TOKEN_TO_BE_REPLACED

Pretty crazy to think that guys like Benny Rodrigues can go from releasing tracks like ‘Sweet Potatoes’ to Papa Sven’s last summer favourite ‘Hor‘ under his ROD guise. That’s the beauty of underground electronic music though – like a chameleon it supports a range of shades and forms yet still retains the same soul. However building a track with Quince, the author of some high-octane jackin’ tech tunes over the years, was always going to strike gold. Quince & Benny Rodrigues combined in 2006 but released the resulting track in 2010. Distributed by Smallville Records, it’s an ideal fit for the label’s quaint and delicate Deep House cuts. The added dubbyness, however, elevates it to a place that none other can climb. Ultimately making you feel like you’re stuck in a dream.

The track is a musical opus dedicated to the Galaxy. With all that’s going on, each element swirls together to create a truely atmospheric experience. Delayed kicks play on every off beat along a simple xylophone beat. Fast Roland TB-303 hats sound like crickets in the forest, as a plodding bassline surfaces. Once you start to get your head around the ambience, a deep acid line spirals into the mix. This is before lush & serene pads kick in fully enveloping all the proceedings like mist within a forest. Beautiful and harmonic, the flutes elevate the track towards a mid-song break down. Emotive chords play autonomously, bringing reverie closer to reality. END_OF_DOCUMENT_TOKEN_TO_BE_REPLACED 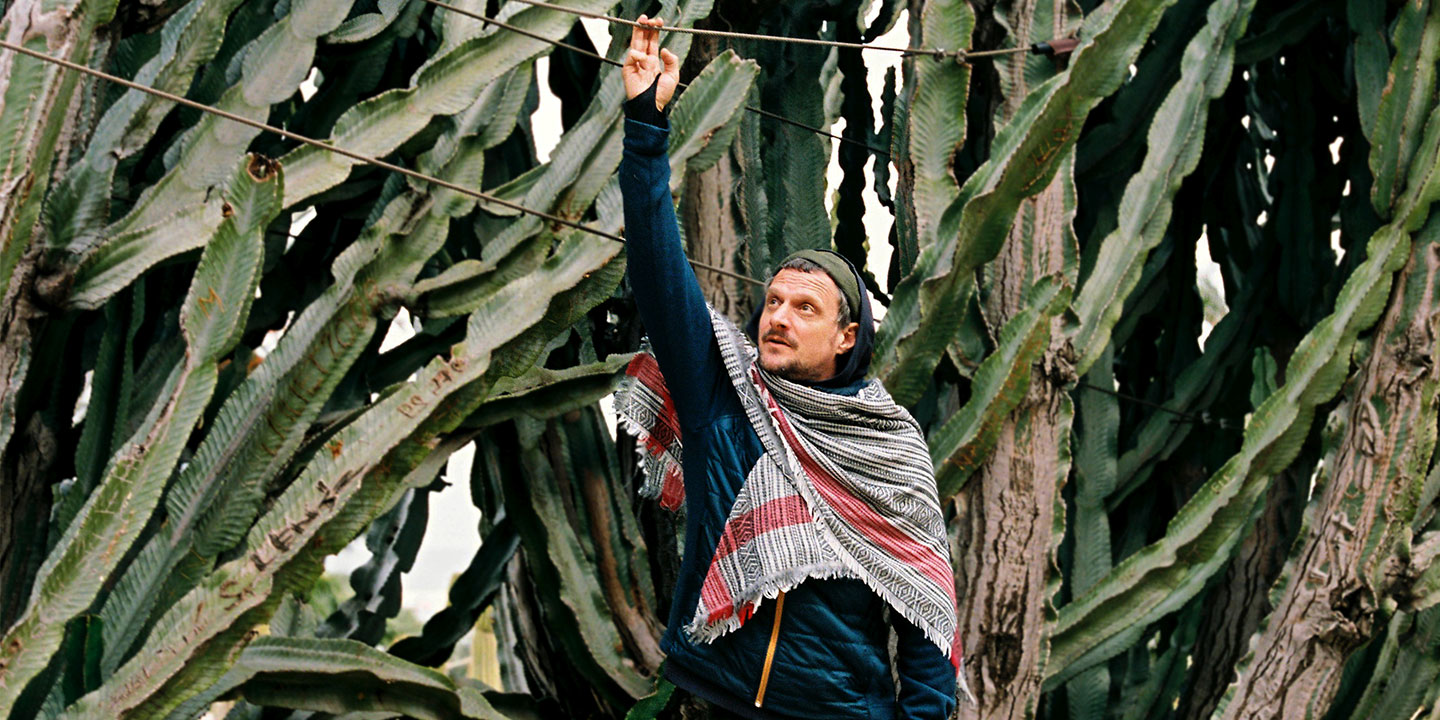 DJ Koze – I want to Sleep

I Want to Sleep by DJ Koze was one of 2008’s most rotated tracks (On a similar level to Without You in 2010). Some people think, that DJ Koze makes music that isn’t for the Dancefloor. Clearly they’ve not heard DJ Koze’s XTC, Sbooty, Mrs Bojangles, There Will Be Singing or the banger in question.

The beauty of minimal is that it can use the most random sound, and give it a different purpose to what you originally intended for, in some sense giving it a better purpose. Kind of like buying coke to clean the house. Xylophones are something which would normally be used for an Orchestra or by a kid. This is exactly why Koze would use it – due to his mischievous, playful approach to techno. The way they’re played here is with real intent bringing a strong quiver with it’s stripped latin flare, giving a perfect balance to the bass underpinning it. END_OF_DOCUMENT_TOKEN_TO_BE_REPLACED