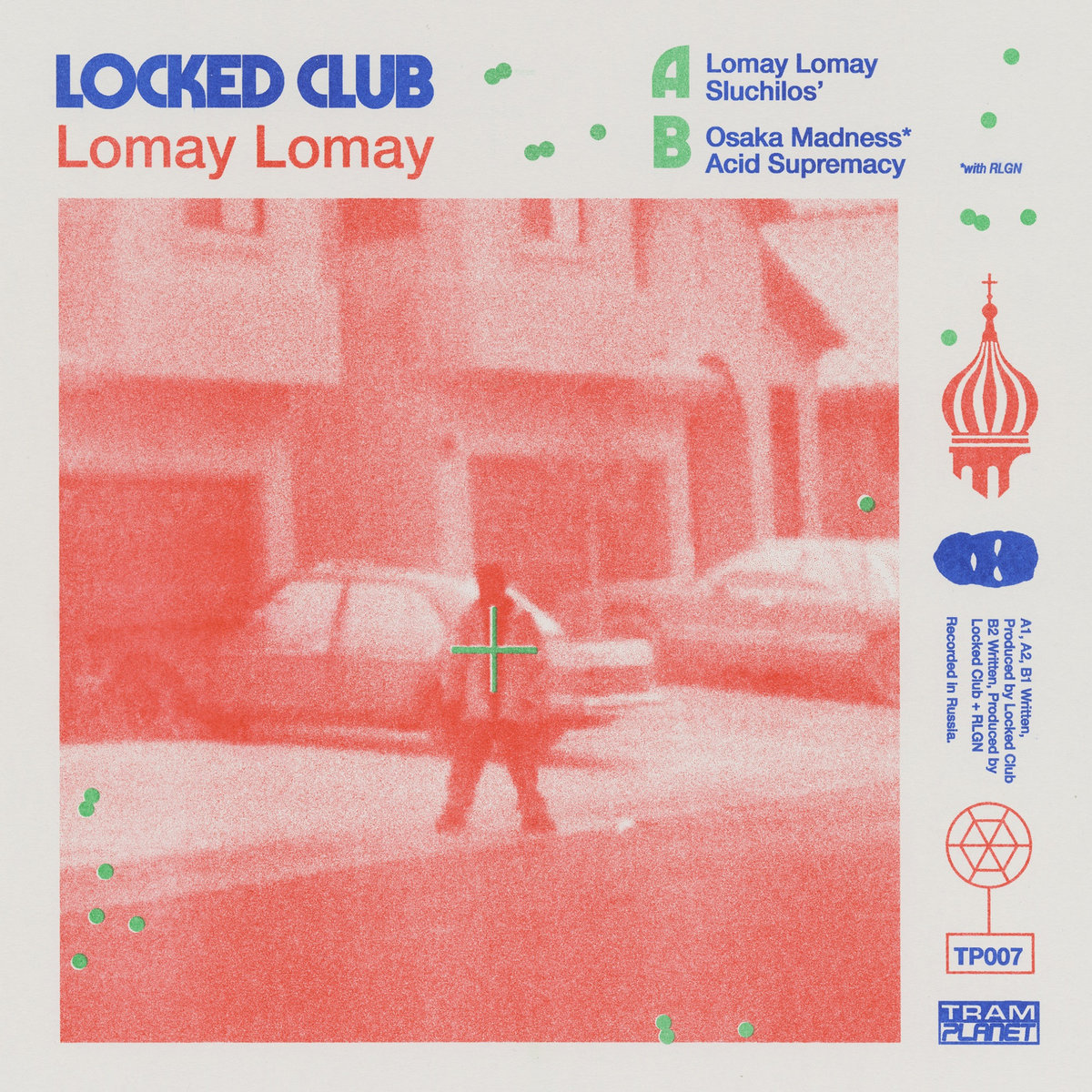 Locked Club & RLGN are a match made in an underground heaven. Take their last year’s release on Private Persons Records ‘Bosozoku’ which adopted the attitude of Charlie Sheen and fired it with the power of an AK-47.  Returning for collaborative effort in 2018, their track ‘Osaka Madness’ retains the spirit of somalization with an added hint of the final frontier. More transgressive than a bohemian grove gathering, ‘Osaka Madness’ is guaranteed to cause a ruckus.

A mounting arpeggio akin to a cyclopedia swarm of deadly bees rises with great alacrity. Solid proof that the producers behind this banger are not interested in prolonged intros, the action kicks right in. Less than a minute in, puncturing hi-hats, raw in their mastering, penetrate with an aggressive manner. Shrieky yet strident synth notes pussyfoot around, evading the bassline with a sense of nefariousness. Apocalyptic pads reminiscent of Planetary Assault Systems give the drums a short rest, before these collide back in with the force of a million meteorites hitting the chest of King Kong. This is techno fitting to crown the soundtrack of a Terminator 2 reboot.

The whole ЛОМАЙ EP is a thumper collection, exhibiting tracks that combine the vehemence of Dopplereffekt with the dystopian griminess of DJ Stingray. Distributed by Tram Planet Records – a label responsible for “black market ghetto techno” releases such as Future DZ’s ‘Sawed Off’ and L/F/D/M’s ‘Nelph’, ‘Osaka Madness’ is a fine Saint Petersburg export. Combining the brutality of a pneumatic hammer drill with a delinquent attitude, expect this to arson the dancefloor.