The early 1990s was an interesting time for the New York underground scene. Larry Levin was living his final years, seasoned clubbers reminisced about the good times of Studio 54, while Garage House moved across the Atlantic to the United Kingdom. Then came Moby, and brought a fresh dimension of ‘rave’ into the mix. A lonely inhabitant of an abandoned factory based in skid row outskirts of Manhattan’s Lower East Side, he was inspired by fringe culture. A regular DJ at the Mars Club, he introduced the locals to his innovative sound. Though ‘Go‘ birthed the producer’s career, ‘Next Is The E’ was always the set-starter, according to his 2016 autobiography ‘Porcelain‘.

The track opens up with a drum pattern similar to 1980s Hip Hop hits such as Big Daddy Kane’s ‘Ain’t No Half Steppin‘ or Eric B. & Rakim’s ‘Paid in Full‘ that simmered its influence into 1990s. A hyperkinetic bass loops, an inheritance of Moby’s teenage years involvement in DIY punk bands. A masterful use of stripped down, sampled vocals have painted Moby’s picturesque discography. In ‘Honey‘ he sampled Bessie Jones, Boy Blues’ ‘Joe Lee’s Rock’ laid the fundamentals for ‘Find My Baby‘ & Vera Hall’s voice conducted ‘Natural Blues‘. Here he combines male ‘Heart-beating‘ chants with female ‘I Feel It‘ and ‘Yeah‘, all which sound related to the other. The breakdown, however, is the highlight of the track. Stripped of the bass, the kick and soft hi-hats accompany radiant ambient pads. Moby is gifted in soundscapes, none more evident than in ‘God Moving Over The Face of The Waters‘ which scored as the OST for Michael Mann’s 1995 movie ‘Heat‘. The melody coalesces, with repetition of ‘These are the odds‘ to raise the dopamine levels before all comes crashing into a drop. The preluding elements collide with the new vocal chants to complete a collage of rhapsodies, all dancing in unison to bring down the soundtrack of paradise.

END_OF_DOCUMENT_TOKEN_TO_BE_REPLACED

In his recent Resident Advisor Exchange podcast interview, Blawan stated that the post-dubstep releases of the late 00s and early 2010s sound dated if listened to today. A fresh rewind does in many cases explain why a pioneer of the genre like Skream progressively adopted tech-house scene as his home. However, ‘Void 23’ the collaboration between Bristol’s Appleblim & Ramadanman is one of a few surprising exceptions to the rule. Released in 2010 on Will Saul’s and Ninja Tune’s Fink Aus Music label, it’s a collage of house, techno, electro and dub that stands the test of time where many have failed.

The intro gives the listener a hint that this is not your standard track, the first 30 seconds substituting a 4/4 drum beat loop with an extract of an airport background noise. The soundscapes that simmer into the picture are eldritch yet atmospheric. The eerie ambience invoked is reminiscent of Akira Yamaoka’s Silent Hill soundtrack. Slowly but surely the drums affix unto the energy created. Once the aura is brewed, a zesty bassline fizzes under the surface, never taking claim of the protagonists role. The breakdown that dissolves the existing elements into oblivion is crafted in a way that was ahead of its time. The use of indigenous percussion reminds you of an Innervisions release coming from the last few years. Rampa mixed with ÂME and a tint of Marcus Worgull. Yet the ‘drop’ which turns the track on its head dispels such direction. It rumbles with a rolling lick that funnily enough reminds of Benny Bennassi’s ‘Satisfaction’. However, the sound here is unapologetically underground, the second half of the track being a gift sent down by the tech-house gods.

END_OF_DOCUMENT_TOKEN_TO_BE_REPLACED

Released on Dial Records in 2015, DJ Richard & Carsten Jost combine to reengineer an ambient house cut into a profound dancefloor weapon. A fan of Dial Records since my mid-teens, I’ve always been excited to see new artists pushed by the crew. With Minimal and Deep House bosses like Efdemin, Carsten Jost, Roman Flügel & Lawrence on the roster, they’re more gifted than the finest brain surgeon. Allowing for creativity and weirdness is their Modus Operandi, and DJ Richard truly fits the bill. The IDM and Techno on his breakout Grind, and later releases on Dial are triumphal in melancholic ingenuity. After years of grafting with label mates Aron Arneson and Young Male on White Material Label, Rich fits the Dial ethos of pushing the boundaries. Having a newbie on the label, and an old head collaborating is adumbration that the method may change, but the message remains the same. Their remix of ‘Marlen’ takes the Dial brand further into more rugged territories.

The bass that murmurs from the start is like a mole that pokes it’s head out of the ground. Poking and probing for what’s above ground, but not loud enough to be seen. A sumptuous kick that you can tell Carsten would’ve engineered. He also has runs an avant-garde rock band named the Misanthrope CA Project with Robert Kulisek. Weird and wacky a sweeping vocal goes from let to right. It sounds like a cat growl on autotune. Kept from the original is the masterful dollops of synth which as primed for the grey sky. DJ Richard is built for this kind of weather, as eery cinematic soundscapes drawl. “I like romantic sound design, but an upsetting palette” DJ Richard told The Fader. It’s a charm that works well. Listen to ‘Love‘ from Perishable Tactics or ‘Pink’, out on Benno Blome’s Sender Records. You will understand Carsten is is cut from a similarly somber cloth. It is his flawless piano work, such as that displayed on Pink that makes this magical. Warm and innocent, it perfectly matches the candle lit cover art. END_OF_DOCUMENT_TOKEN_TO_BE_REPLACED

Detroit Electro is a scene deserving of an academic module itself. An offshoot of the iconic city’s techno second wave, the subgenre offers some of the rawest pulsating bangers. Aux 88, a fellowship of Tom Tom (Tommy Hamilton) and Keith Tucker (DJ K1) hold a strong claim to its crown. Search ‘Detroit Electro’ on Google and you’ll find that the first result is Tucker’s essentials guide to the genre. Released by the criminally underrated Direct Beat label, ‘Direct Drive’ is a historic artefact of the duo’s legacy.

Original released in 1995, the track is an alchemy of Miami Bass and Detroit techno. With a BPM close to 140, oscillating energy pounds to the core of the inner bone. One of the first things you come to notice is the combination of the thrumming hi-hats and Southern Rap influenced claps. Sinister soundscapes reminiscent of an Italian giallo movie synergise with a thumping bassline deserving of a Need For Speed track-listing. ‘Trans Europe Express‘ is undeniably a direct influence here, however, Aux 88 add an element of inner city grittiness. Its no wonder that the resulting track is highly sought after by DJs old and new. END_OF_DOCUMENT_TOKEN_TO_BE_REPLACED

Like an Aston Martin, sometimes in life you’ll come across something crafted that’s so full of substance you can appreciate why only a few were made. Not seen as a sign of opulence, but wanting to provide something so full bodied you really feel like you’ve got more than than your bucks worth. That’s the feeling I was left with after hearing Dirty Lies way back in 2015 on TiNI & Dana Ruh’s edition of the annual Cocoon Ibiza mix series CD. Needless to say, any connoisseur of Deep House will believe that a higher being does truly exist now that this romper has finally been released.

END_OF_DOCUMENT_TOKEN_TO_BE_REPLACED 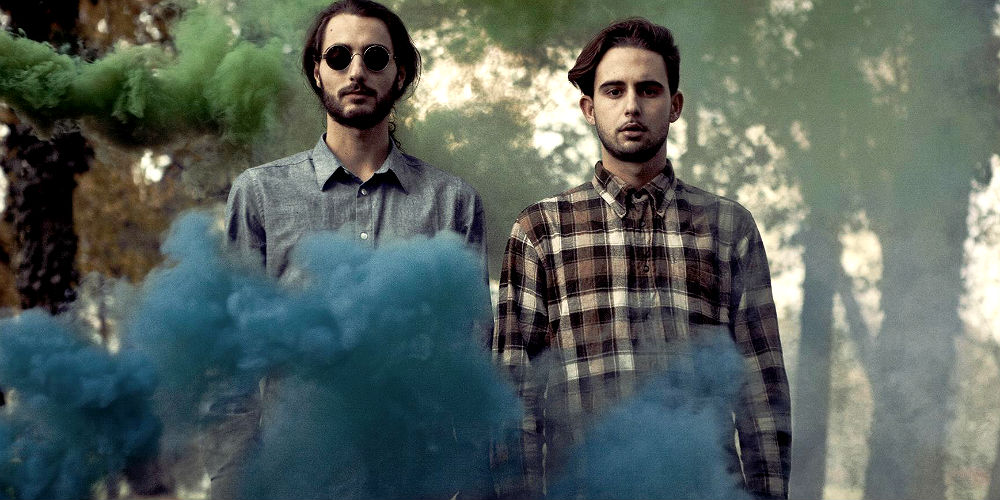 Afterlife is a label which claims to be ‘an odyssey through the realm of consciousness’. Keeping with this ethos, on this track Italian duo Mind Against ensure they’re working for their money harder than Jordan Belfort did in Wolf of Wall Street. Except there’s no shame in this instance, as ‘Cloud Nine’ is not just injected soundscapes for the sake of it. Sure, the white noise displayed flourishes but unlike that on show within ‘business techno’ this track has rhythm and soul. Berlin-based duo understand the importance of essence.

END_OF_DOCUMENT_TOKEN_TO_BE_REPLACED

If you love Dub Techno, you love DeepChord. 2017 saw Deepchord release 2 Solo EPs, an LP and other various collaboration projects of such high quality. It makes you think ‘Can this guy actually slow down?’

Here on ‘Devil Ray’, from his Auratones LP you get to feel the full force of Deepchords alchemical touch. Combining his usual Dub Techno, Deep House and Ambient soundscapes. As described by XLR8R in their review of the album,’ Modell’s (Deepchord) great ability is crafting virtual spaces. Auratones floods the listener with blissful electronic oceans of sound, stimulating the imagination.’ The track certainly embodies that statement.

END_OF_DOCUMENT_TOKEN_TO_BE_REPLACED

Trance is definitely back in the scene. Over the past few years, it has been creeping its way more and more into the sets of prominent techno DJs, who’ve previously played it with abandon prior to the minimal explosion of the mid-naughties. Like this track, more and more techno tracks are incorporating trance-like, euphoric elements, (Stephan Bodzin’s remix of The Beginning is a great example) helping bring more panned soundscapes to the minds of club goers. And its certainly clear as to why.