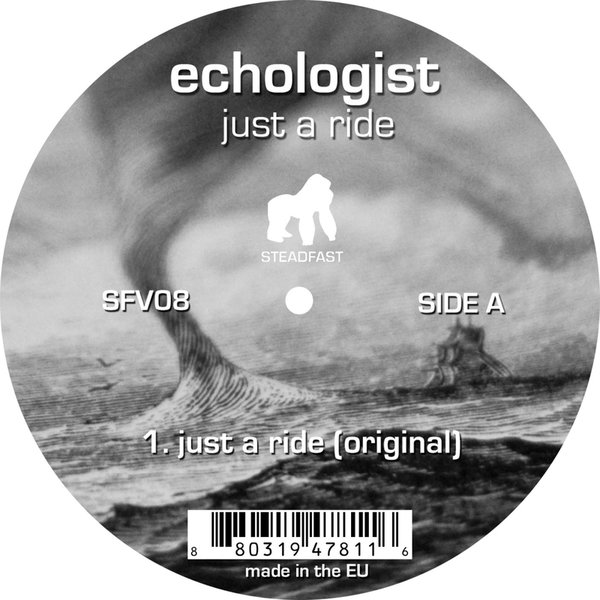 Fuse London’s notoriety is the result of not only its parties, but also a defined brand of Minimal and Deep House that will certainly be a catalyst for those who wanting harder but just as dubby. Though Dub Techno seems to have hit the same cannibalisation peak that Tech House had allegedly experienced in the late 1990’s (with many releases copying the Basic Channel formula), two producers still fly the flag with dazzling dexterity. Deepchord, and South African producer Brendon Moeller, also known by his Beat Pharmacy or Echologist aliases. Moeller first released under these monikers due to Francois K’s Deep Space Media and Third Ear Recordings paying good money in exchange of exclusively releasing for them. Though steering away from past associations in his latest LP ‘Storming Heaven‘, Echologist prior releases were Big Room Techno cuts distributed on Mord and Electric Deluxe. His collaboration LP with Matrixxman, ‘The Black & White‘ LP has been a go to for functional Techno for us. ‘Just A Ride’ however is a Dub Techno track made for the main stage. Dropping in 2010 on his own Steadfast label, it is as atmospheric as a track can come.

If you’ve ever come across his Beat Pharmacy cuts you’ll know Brendon loves to add more reverb than Sven Marquardt likes rejecting people at Berghain. On his impalpable remix of Appleblim & Peverlist’s ‘Over Here’, Clone notes that Moeller ‘submerges the original elements under layers of delay and echo’. We’d say that’s a mammoth understatement. From the off, flumes of compressed white noise spurt in all directions. This is a reflection of the EP cover that features a cyclone in the ocean. Horns played in a manner that elicit a manner of reflection cavort. Chugging and groovy the bassline is mixed to provide the synth with symphony. An monumental breakdown takes place mid track, preserving only the horns on display. The track than lifts off with extra warped layers of chords moving up and down their variant octaves. If you could describe a track as a sonic representation of an F1 jet flying through a distant nebular, then this would be your pick. No wonder why the trancey Techno producer Petar Dundov included it in his Resident Advisor podcast. END_OF_DOCUMENT_TOKEN_TO_BE_REPLACED

Fuse London is a slow-burning Minimal, Tech House and Deep House label that’s on a gradual rise to the top. Carrying as much force as a glacier down a mountain – its steady pace is eating up all it encounters. Central to it all is the theme of using a husky dubbed bass. The vocal on this 9 minute mark of founders’ Enzo Siragusa & Seb Zito Sankeys Ibiza set, ‘If it sounds forced I won’t do it’ pretty much sums up the label philosophy to date. Released in 2014 Anthony Difrancesco’s ‘Level 3’ seamlessly matches this cushy sound, showcasing the beauty of underground music. Its a setting of various sounds kept in unison by a locked groove.

Murmurings of people and field noises in the back ground lift the senses from the off. A signature Fuse dub bass kicks in with fervid shuffling hats. Strings appear from nowhere sounding like they’re from a Stravinsky musical. Harps begin to strum, crescendoing up and down through the track while adding a faraway vibe to the track. You might have expected a standard Deep House cut, yet the teched out synth stabs, which sound like an intoxicated robot, rubbish that thought away instantly. What’s being played is a 3 note major-minor-major pattern in recurring short bursts. This ensures the dancer is back on the ground head down, fandangoing side to side. END_OF_DOCUMENT_TOKEN_TO_BE_REPLACED