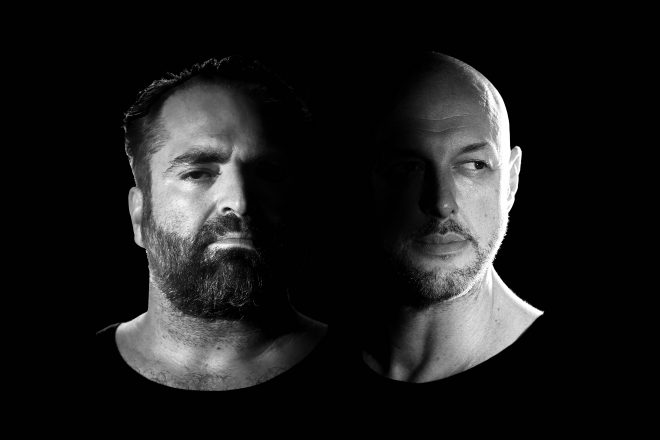 ‘If Techno has a gateway drug, it’s probably Drumcode’ states DJ Mag. ‘If you hear it, and dig it, you’re probably hooked; no turning back.’ The label, whether people admit it or not, is certainly the port of entry into the genre for those transitioning from more commercial styles or wishing to understand what functional Techno is. From its humble beginnings in 1996, it is now a juggernaut of a label, criticised by some as being too commercial. Whilst the label’s releases have attracted millions of listeners, you cannot deny the ear for Adam’s talent spotting with Amelie Lens, Bart Skills and Sam Paganini’s incredulous releases. Pig&Dan have without a doubt played their part in solidifying the its status as Techno’s premier label.. Meeting back in 1999 on a flight back from Mallorca, their music stretches from Balearic downtempo to minimal techno releases on Cocoon. The tracks that’ve brought most acclaim, however, have been their banging Techno rompers. Magnetic Mag proclaimed ‘Growler’ their release on Diynamic as being ‘rightfully hammered at nearly every single night at every single club in every major city across the globe’. You could claim their Drumcode output to be even better. Tour de force releases ‘Mexico‘ and ‘Devotion‘ were an incredible run up to their smash hit collaboration with Adam Beyer, ‘We Are E‘. Returning now with a freshly-baked in 2019 ‘Plex’, Pig&Dan seem to hit Pluto heights of out-there-ness.

The duo’s ‘Pick Me Up‘ on John Digweed’s Bedrock was one of our 2018 Tracks of the Year. Being unashamedly a trance track, it was complemented with a customary hefty kick. Their run that year was continued with the brash ‘Reset Your Bassline‘. Pig&Dan love to use a Moog for their basslines. ”Brutally punishing” can only describe the one in ‘Plex’ as it pounds alone in sync with the sub bass and shuffling percussion, reverberating panoramically. Off-key, two note celestial radar samples bleep creating an exigency that demands one to listen. Using a Roland System1 for most of their synths, their productions sound so much greater than the cost of their parts. Most-coveted Trance tracks like Nalin and Kane’s ‘Beach Ball‘ or Energy 52’s ‘Cafe Del Mar‘ have a nonchalant, positive connotation that uplifts the crowd. Sven Vath’s ‘Harlequin‘, however, has more darker tone that is also represented in ‘Plex’. Metallic and gnarling, the mesmeric, multi-layered synth lines instantly evoke euphoria, seesawing down the octave in a staggering manner. The tracks elements then dissolve, leaving behind a whipped synth that’s revved back and forth, teasing with what’s to come. As a delicate kick enters back in the whipped synth throbs feebly, before a cosmic percussion lands with thunderous roar. It gradually progresses to amalgamate all the remaining elements for a sublime and electrifying finale. END_OF_DOCUMENT_TOKEN_TO_BE_REPLACED

Mexican-born producer Ringopolar gives his fellow countryman’s track a makeover that supersedes the original 2016 release. In the spirit of his associated Swedish label Tom Tom Disco, the heteroclite vibes featured combine with top-tier percussion work. Though the DJ’s notable releases such as Sun Of Lemuria (Ransom Note) & Sistema Lunar II failed to capture an audience so far, this remix is yet another gem to be unearthed by lucky crate-diggers.

Assortment of vocal samples litter the track, from pitched-down male vocals to a chanting female choir & even tints of reverb-heavy vocals fitting for a Hot Since 82 tech-house cut. The core of the track comes in the shape of the ever-present pulsating arpeggio that experiments in shades of various filters. Restrained bassline provides the groove of the track that’s worthy of a place reserved in Daft Punk’s ‘Homework‘ catalogue. END_OF_DOCUMENT_TOKEN_TO_BE_REPLACED