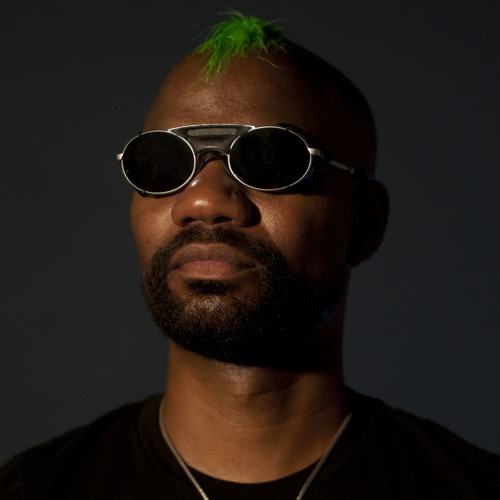 Curtis Jones is a legendary figure in the underground scene. Those outside of Chicago are most likely to recognise him by his multidimensional alias Green Velvet, a name which under which he released techno hits such as ‘La La Land‘, ‘Flash‘ or more recently, the Drumcode distributed, ‘Space Date‘. Famed for supporting spiked green mohawk hairstyle that compliments his always-fresh shades, his production has always been as spectacular as his flamboyance. His lasting influence on the tech-house scene can still be heard today. Remix of his ‘Bigger Than Prince‘ added powder to Hot Since 82’s spectacular ascendance to the international scene. A demonstration of Jones’ authority on the scene. ‘Perculator’, the follow-up to his debuting EP Underground Goodies, however, remains to be one his best works in a discography that extends all the way back to 1991. Released under his newly formed Cajual Records, the then recent college dropout probably had no clue that he’d be playing the track to an ecstatic Amsterdam crowd 20 years later.

Jones’ has an ear for integrating infectious vocals on his production and this track is proof. Simple, yet addictive, they roll of the tip of the tongue with ease. This makes his performances particularly engaging, especially as you’ll often find the DJ leading the crowd through his microphone chants. ‘It’s time for the percolator‘ is repeated with unpretentious enthusiasm. A rolling, filtered percussions accolade the g-funk synthesiser taken from Dr Dre‘s notebook. The protagonist, however, is the spuming topline sample that gurgles at a healthy BPM of 126, defining the track’s choppy, freaky nature that is a perfect marriage for the dancefloor. A nostalgic echo of the carefree 1980s Chicago house parties, of which many young Jones’ would have been part of. The type of track that will have you downing a pot of coffee at 4am. END_OF_DOCUMENT_TOKEN_TO_BE_REPLACED

Jamie Jones & the Hot Creations crew reputation for releasing chunky funky tech house basslines undoubtedly come from production akin to DA Rebels. The DJ duo are Chicago house patron saints, made up of Curtis Alan Jones aka. Cajmere aka Green Velvet and Lidell Townsell. Together they carry a legacy of essential early-house releases that paved the road. You can find quite a few Townsell solo releases on the iconic house label Trax Records, including this acid melter. Jones’ residue is self-evident to those interested in the genre.

Its mind-boggling to think that the track was released all the way back in 1989. Released as part of DA Rebel’s D.I.U. (Deep In Underground) cut, this is unapologetically a house track. END_OF_DOCUMENT_TOKEN_TO_BE_REPLACED