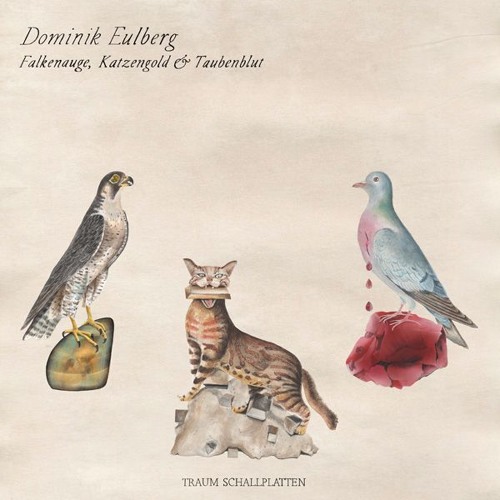 As the hottest day of the year is here, there is only one DJ that was going to rule the airwaves today. Born and raised on the mountainous terrains of Germany’s Westerwald, Dominik Eulberg came to appreciate the aesthetics of nature from an early age. With such an upbringing, it is unsurprising that Eulberg could produce a track that is so reflective of the natural environment. ‘Taubenblut’ is his ultimate masterpiece.

Radiant, textured sounds filled with an aura that is reaching the upper levels of the celestial. Yet ‘Taubenblut’ still somehow manages to sound of the natural realms due to its use of wild soundscapes. A pulsating bassline sauntering through the constant minimal kick, represents the vigorous process of creation. The soundscapes created resonate closer to walking through a swarming wild forest more so than an abandoned factory. Just an example of how polar opposite the concept of a standard “techno track” can truly be.

As an example, instead of using claps for the intro two minutes, Eulberg chooses to incorporate the cascading sounds similar to the Niagara Falls. Likewise, throughout the runtime of the song you can also hear the cries of the Nuthatch echoing a melody that excels the sounds of Worakis production.

A track that would sound incredible being played in mid-August in a festival held in Shoreditch High Street. Yet it would be just as majestic would it be blasted from the peaks of Mount Kilimanjaro. ‘Taubenblut’ is effective due to its clear focus on the concept of the song, which Eulburg masterfully executes. Once the choir-like hymnody is made present around the 7 min mark you realise that Mother Nature has completed its circle. And so the works of Traum Schallplatten label owner’s vision are made complete.

As his Resident Advisor biography picturesquely states for Dominik “Mother nature is the greatest artist of all.” None can be more evident on this track.